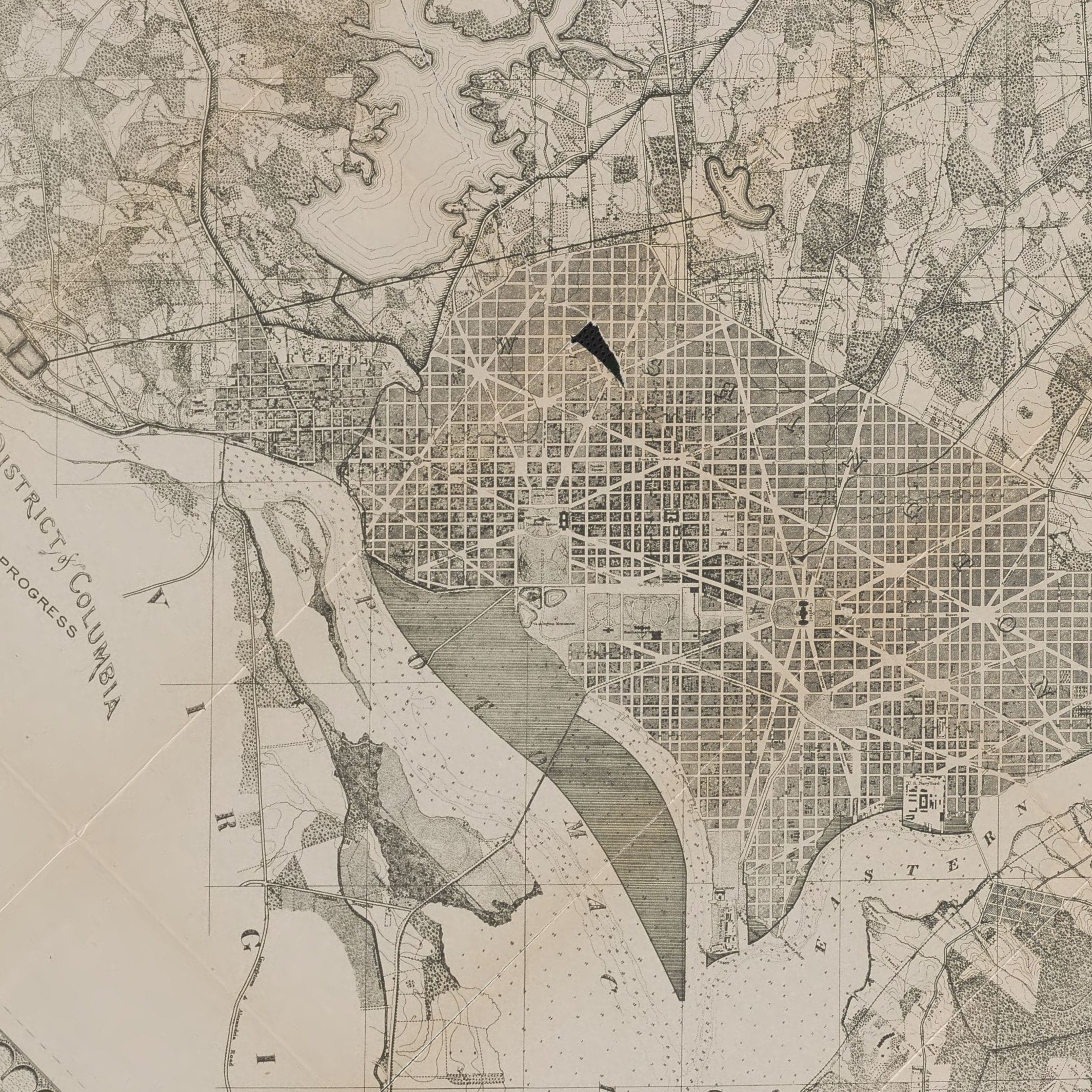 The city’s population exploded from 75,000 at the onset of the Civil War to nearly 280,000 by the turn of the 20th century. The majority of residents lived within Old City’s limits below Boundary Street — today’s Florida Avenue — in cramped and squalid neighborhoods with colorful names like Hell’s Bottom, Swampoodle and Murder Bay.

Throughout Washington’s first century, the health of its residents had been tied inextricably to the availability of clean drinking water.

Sanitation was a constant threat to health, as was the lack of clean drinking water. Waves of illnesses would hit and decades would pass until scientists connected sickness to contaminated water.

The 19th Century in Washington

The final decades of the 19th century saw a significant spike in typhoid fever in Washington, with nearly 3,500 residents succumbing to the disease between 1880 and 1900. The city saw at least a death per day during the first 22 days of November, with nearly 300 new cases reported.

The Prevalence of Typhoid Fever

With the connection between clean drinking water and serious illness established, The Washington Post reported on December 5, 1900, that “an impure water supply is held to be responsible for the prevalence of typhoid fever in Washington.”

Blame was being placed on residents upstream — and out of the District’s jurisdictional bounds — “poisoning” the water supply with their refuse. With one of the highest typhoid death rates in the country, the city had a major public health crisis, which could only be resolved by a large-scale public works project.

A Congressional report, submitted on March 28, 1900, recommended the construction of a filtration plant, with an appropriation of $200,000 to acquire sufficient land. Nearly four acres adjacent to the new Washington City Reservoir were purchased at a cost of 45 cents per square foot, or a total of $76,397.

Along the banks of the new reservoir a public park was built for the enjoyment of the community. McMillan Park was the first de facto integrated park in Washington, enjoyed for decades by adults and children alike. Frederick Law Olmsted Jr., previously appointed to the Senate Park Improvement Commission by Teddy Roosevelt, was tapped to design McMillan Park and the surrounding landscape, commensurate with the City Beautiful movement of the early 20th century.

The park included a promenade for residents to take in the fresh air and a playground for children.

Closed to the Public

Following the outbreak of World War II in Europe, fear of enemy sabotage caused city officials great concern over the public water supply. In May 1941, the property was fenced off, prohibiting access to McMillan Park.

It has remained closed to the public ever since.

The McMillan Sand Filtration Plant continued to provide clean drinking water to Washington until 1985, when the Army Corps of Engineers replaced it with a more modern facility.